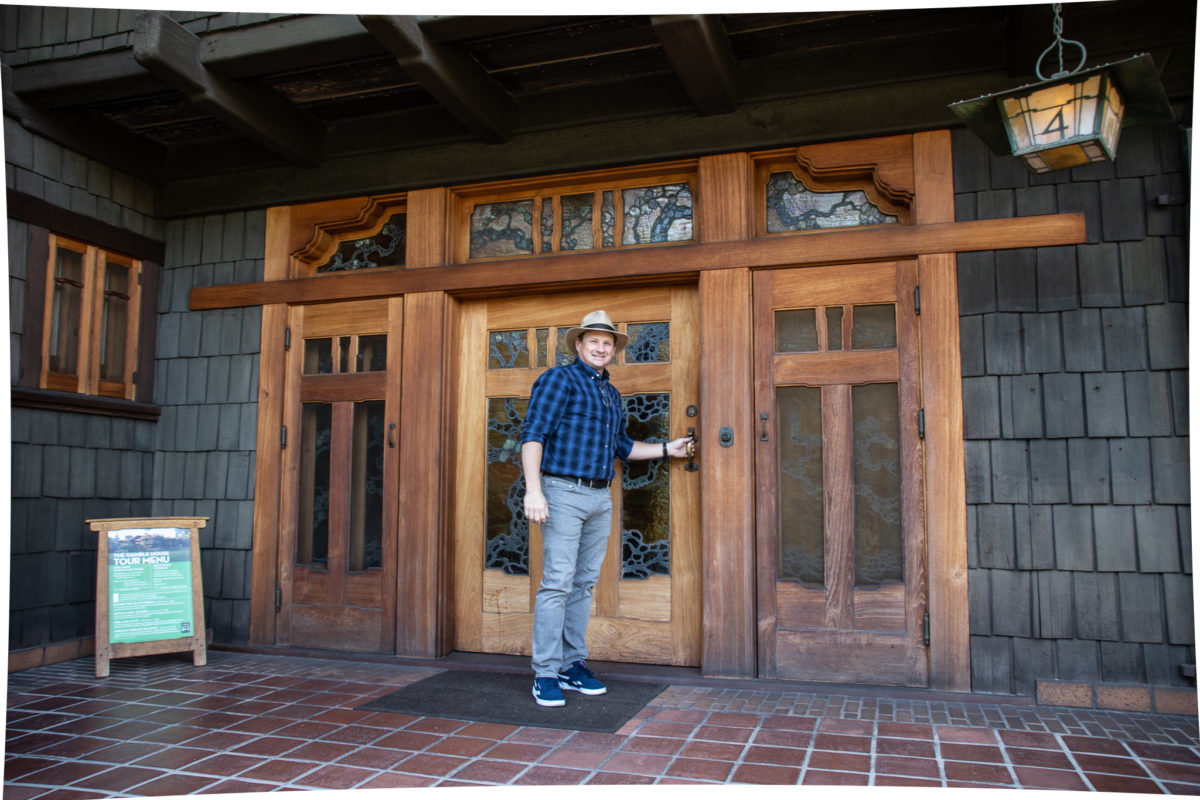 Social distancing and stay-at-home orders have dominated our lives for several months now. At this point in time, I am sure that we would all like nothing more than a long vacation in a favorite place with family and friends. Since that may not be possible for some time to come, I thought a little tour to one of my favorite vacation spots so far would be in order. Welcome to my visit of the Gamble House located in Pasadena, California. I hope you enjoy it as much as I did.

Awhile back my family and I had the opportunity to travel to California with my youngest son who was participating in some job interviews. I did all the usual sightseeing tours and the long, tiring walk up to the Hollywood sign, or at least as far as they would let us go. And then the architect in me took over. There was no way I was going to pass up one of the most famous architectural sights in history. Established as a National Historic Landmark in 1978, the Gamble House presents some of the most fascinating architectural construction of its time.

A Symphony in Wood

The Gamble House, also known as the David B. Gamble House, was designed by the architectural firm of Charles and Henry Greene in 1908. David was one of ten children born to James Gamble, co-founder of the Proctor and Gamble Company. After spending several of his retirement years wintering in Pasadena, David and wife, Mary, decided to make this their permanent home. So impressed with the work of architects Charles and Henry Greene, Gamble commissioned the firm in 1908 to design a home for them.

The Greenes’ style of architecture was derived from two very strong influences: their father, a respiratory physician, and Japanese architecture. The Gamble House became an important part of the emerging Arts and Crafts movement in architectural design. In sharp digression from the mediocre designs of the Industrial Revolution, the Arts & Crafts movement stressed quality of craftsmanship. The Greenes’ incorporated their belief of healthy living by means of circulating air and open spaces with sunshine into many of their homes, including this one. The Gamble House was positioned by the Greenes’ to use the Pasadena winds to provide fresh air as often as possible.  Ideals I include in my designs when developing both inside and outdoor living spaces.

As we walked up to the house, we were in awe of the outdoor spaces, which held a clue as to the extravagance that would be located within.

The Gambles showed their love of the beauty of nature in every inch of the outdoor areas. Vast ponds surrounded by far-stretching green lawns interspersed with numerous amounts of greenery enveloped the grounds. Of particular note was the rounded edges of every rock that was used throughout the grounds. We would soon find out that this was a design feature carried throughout the inside of the house as well.  In addition to the overhanging eaves located on the house, large expansive trees provided shade and natural cooling within on many sunny California days. The Greenes’ developed their floor plans to incorporate approximately 2000 sq. ft. on the second floor for large porches and terraces for outside relaxing and even sleeping during the warm Pasadena nights. Strong ties to nature were made apparent as one entered through the front door. Attention to detail befitting the Japanese-style of architecture started with the stained glass located on the front door.

As we entered the nearly 8000 sq. ft. of space on the inside of the home our attention was immediately drawn to the beautiful display of color within. The stately oak tree that had been artistically positioned within the stained glass of the front door highlighted the colors and textures as well as providing ample lighting.  The Gambles complained that the newly invented electric lighting was too harsh.  Mary Gamble softened the glare by setting a Tiffany on the Honduras mahogany table.  Hanging light fixtures turned upward to bounce light off the ceiling.  (Today we incorporate lighting control systems in our designs to allow complete control over your lighting scenes) Windows as well as lanterns located throughout the home displayed arrays of color through stained glass bearing intricate patterns of flowers and trees. Japanese architecture stressed the importance of quality and that influence was very apparent. The Gamble House exudes expert workmanship with wood. Woods ranging from Douglas fir, maple, Burmese teak, California redwood and Honduras mahogany can be found throughout the entire house. Expertly joined pieces of wood gave both an extravagant and artistic look to each piece. The Greenes’ also ensured that the end of each piece of wood was also rounded, much the same as the rocks outside. They believed the rounded ends gave the predominantly Mahogany woodwork a “soft” feel. Most of the wood was left either natural to enhance the beauty of the wood or lightly stained to highlight the color and beauty within. In keeping with their love of the Asian culture, the Greenes’ introduced furniture, light fixtures, rugs, paneling, fireplaces and other features to the already exquisite design of the home. The architect’s role in ensuring the continuity of design from beginning to end.

Words cannot do enough justice to describe the beauty of the Gamble House. This is one tour I will long remember. Should you ever find yourself in Pasadena, California and have a few hours on your hands, I highly recommend visiting the Gamble House. The rich simplicity and artistic woodwork of this house is beyond what can be found today. And you don’t have to be an architect to enjoy the beauty of a piece of American history. To see more pictures or read more about this fantastic site visit www.gamblehouse.org. 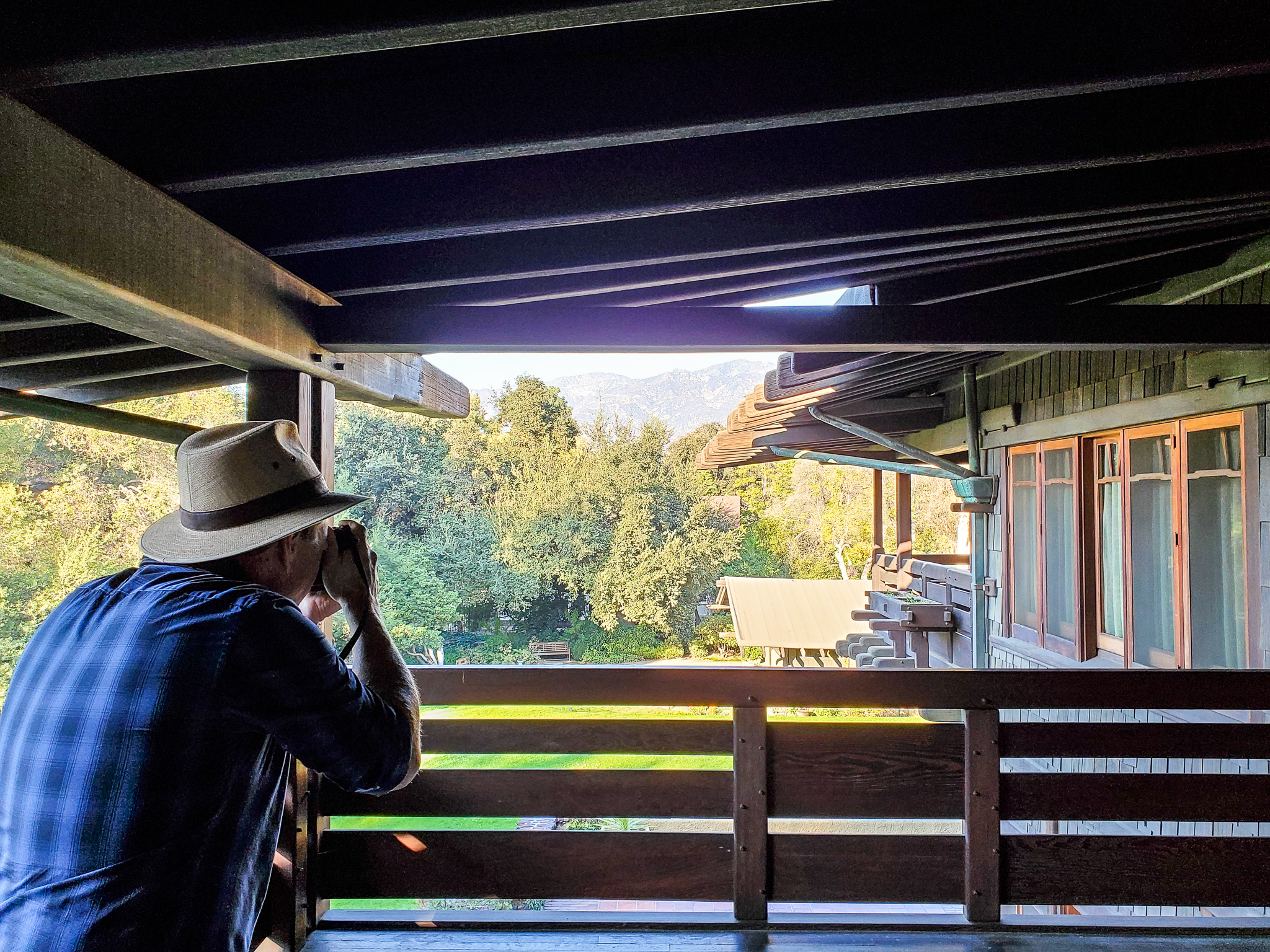 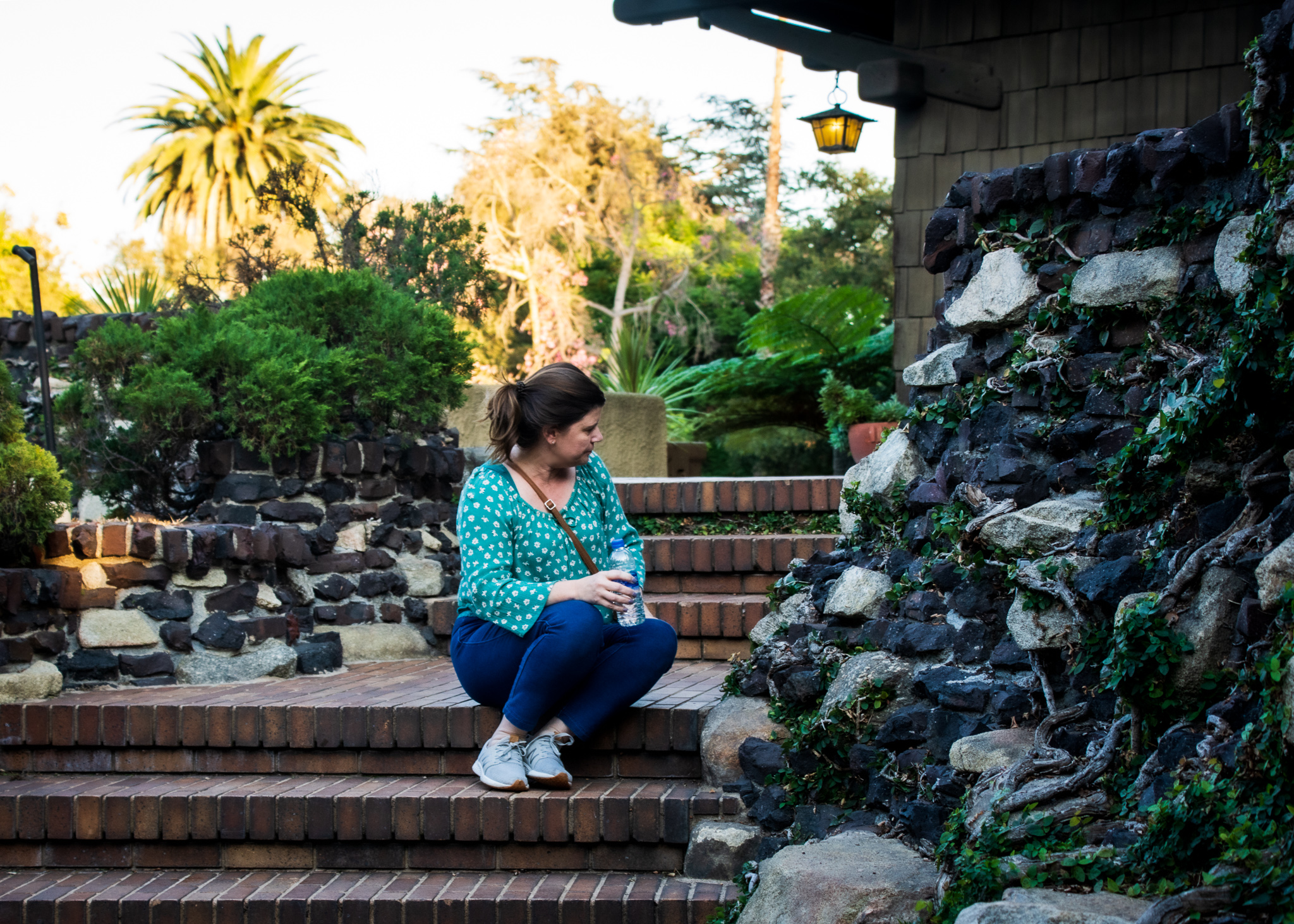 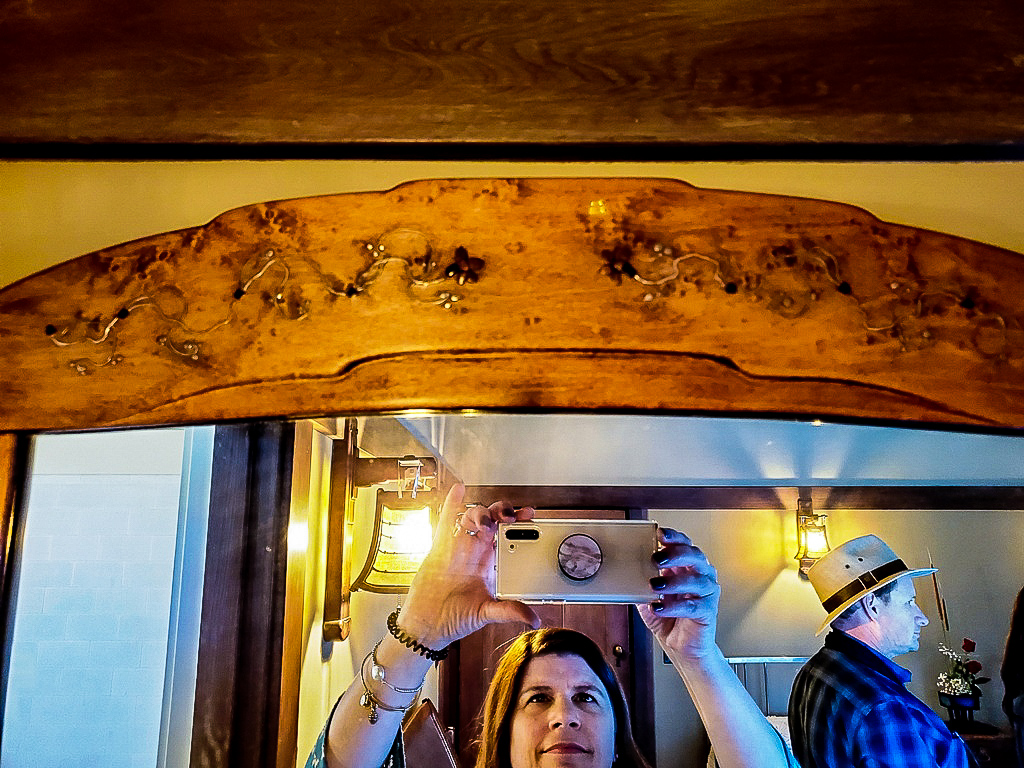 Explore the Pantone Color of the Year
Considering a renovation or outdoor living area? Do you need an architect?
The Farmhouse Evolution