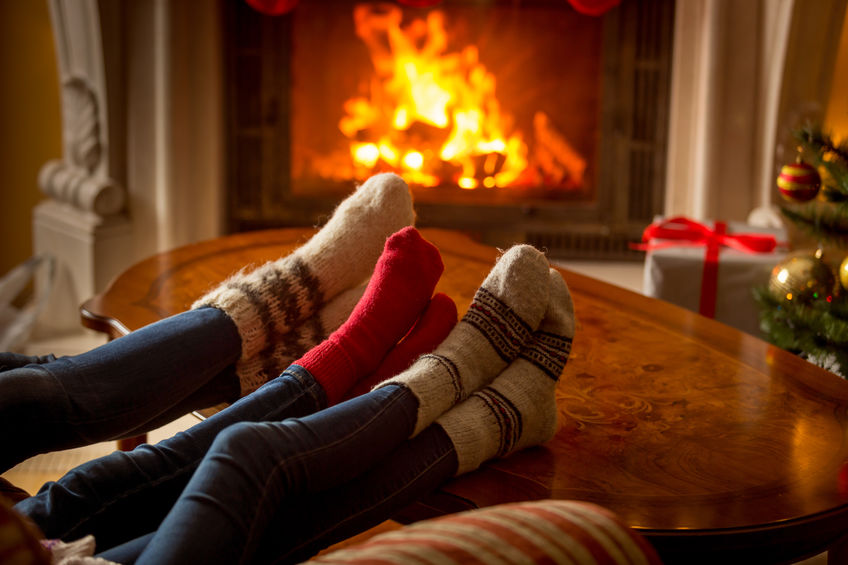 The dog days of summer have led in to the cool, crisp breezes of fall and preparations for all the holiday festivities have begun. It’s time to check the chimney and ready the fireplace for the long, cold winter ahead. That is, if you still use your fireplace for its original purpose. 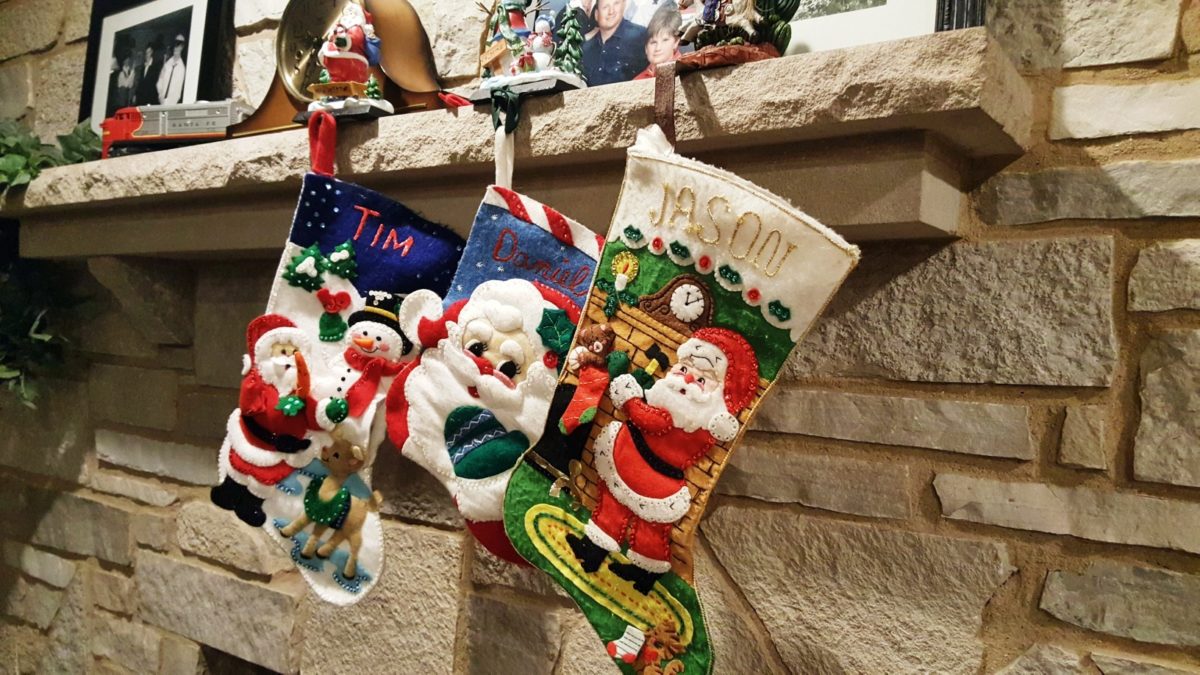 Today, however, most fireplaces are used as the focal point of a room, cheery places to gather with family and friends and a cup of hot cocoa, and, as we all know, the perfect place to hang the stockings when Santa comes to call.

The history of the fireplace is a long one.

Traditionally used as a source of heat and cooking, the fireplace has evolved from one of necessity to one of beauty and character. And the stories surrounding the fireplace date back just as far. The oldest custom relating to the fireplace begins as far back as medieval times, if not before – the burning of the Yule Log. The Yule Log tradition is as varied as the countries it has been used in and has evolved over time from the traditional burning of a tree to becoming a symbol of Christianity and Christmas, a scrumptious holiday dessert (for those without fireplaces), and even a repeating vision of a crackling fire set to Christmas music that first aired in 1966, allowing everyone to share in a bit of Christmas nostalgia. 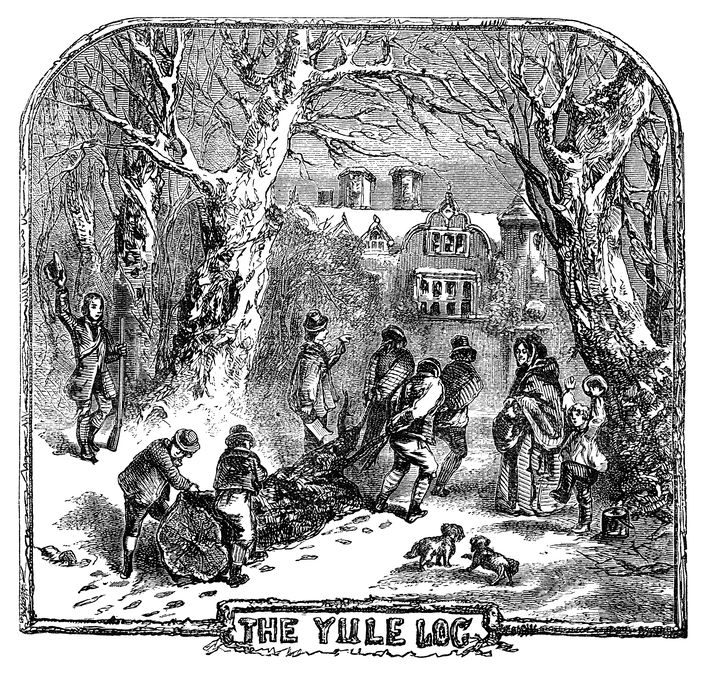 The Yule Log is so named for the Nordic celebration of the Winter Solstice. Known to be the longest night of the winter, the burning of the Yule log served as a celebration for the coming of longer and lighter days. Many traditions originated with the choosing of the Yule Log. In France, for example, the entire family would go out to choose the perfect tree, cut it down, and bring it home. Burned a little each night for the next twelve nights, any portion of the log left was stored until the following Christmas. The French custom of saving the log protected the house from lightning. The Netherlands practiced the same tradition, only they believed that the log needed to be stored under a bed until the following year. No matter the country, the Yule Log held a special place in the tradition of Solstice celebrations.

As the years passed and the fireplace became less of a necessity, the Yule Log began to take on different forms. The French turned the Yule Log into a scrumptious dessert for after Christmas dinner. The buche de Noel is created out of sponge cake filled with buttercream, rolled into the shape of a log, frosted to represent bark, and decorated with marzipan or meringue.

From 1966 to 1989 the Yule Log tradition found its way to the television as networks, searched for a way to fill airtime on Christmas Eve. The crackling roar of the fire coupled with Christmas music filled the night as revelry and food were enjoyed by all.

What then, you may ask, does all this have to do with today’s fireplaces?

Well, the fireplace carries a long and varied history for centuries past. But its traditional use for heat and food no longer holds true today. So a conversation with your architect becomes essential when deciding to include a fireplace in a new build or remove an existing fireplace in a renovation. An architect that is building and designing for you will ask questions to figure out what it is that you want, not what the architect wants to do. It may just lead you to a viewpoint that you may not have considered.

The idea of a fireplace being warm and cozy is a great one! But my first questions would be “Do you just really want a fireplace or will your fireplace serve a function”? Does a house really need a fireplace? Where would you like your fireplace located? Here’s a thought – what about a bedroom, or a breakfast nook? Think about a unique spot in your home that will make this fireplace your own. 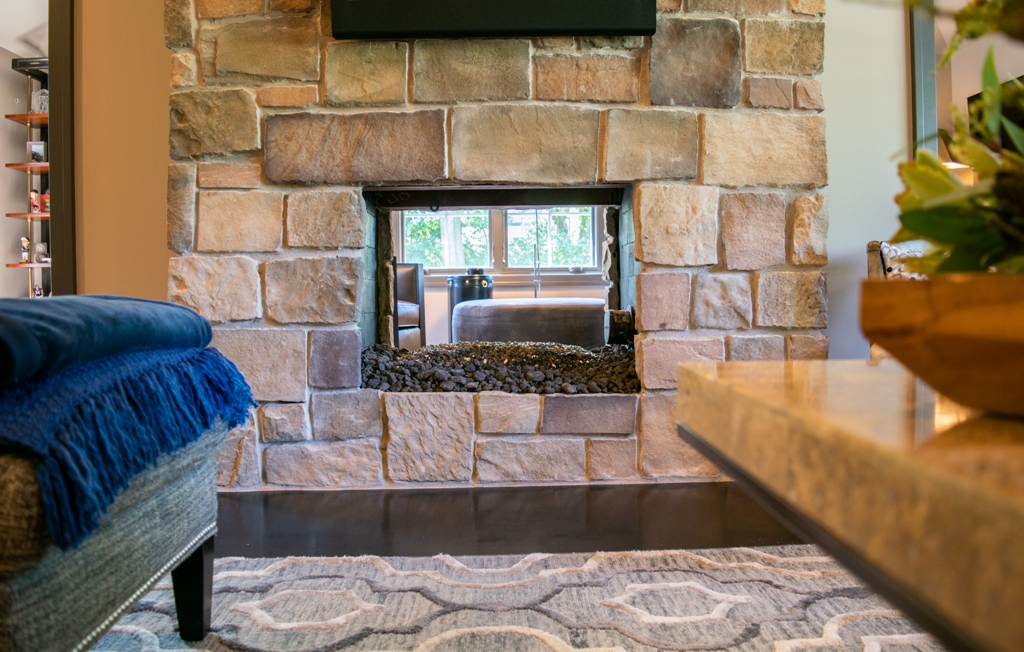 Remember, Santa isn’t the only one that can use a chimney with a mantel. According to materials-marketing.com, a mantel can create a cohesive and visually interesting focal point in your room. Display prized collections or favorite knick-knacks. Holiday decorating and a place to hang the stockings can create an inviting atmosphere. Large pieces of artwork displayed over the fireplace can create great conversation for the evenings that entertainment is being provided.

The important thing to remember when having your conversation with your architect is to be honest with him or her and most importantly, with yourself. An open-ended conversation can reveal so many things that you may or may not have considered and shed new light on things you never even thought of.

But most importantly – use that conversation to create a home with a fireplace that is unique to you.