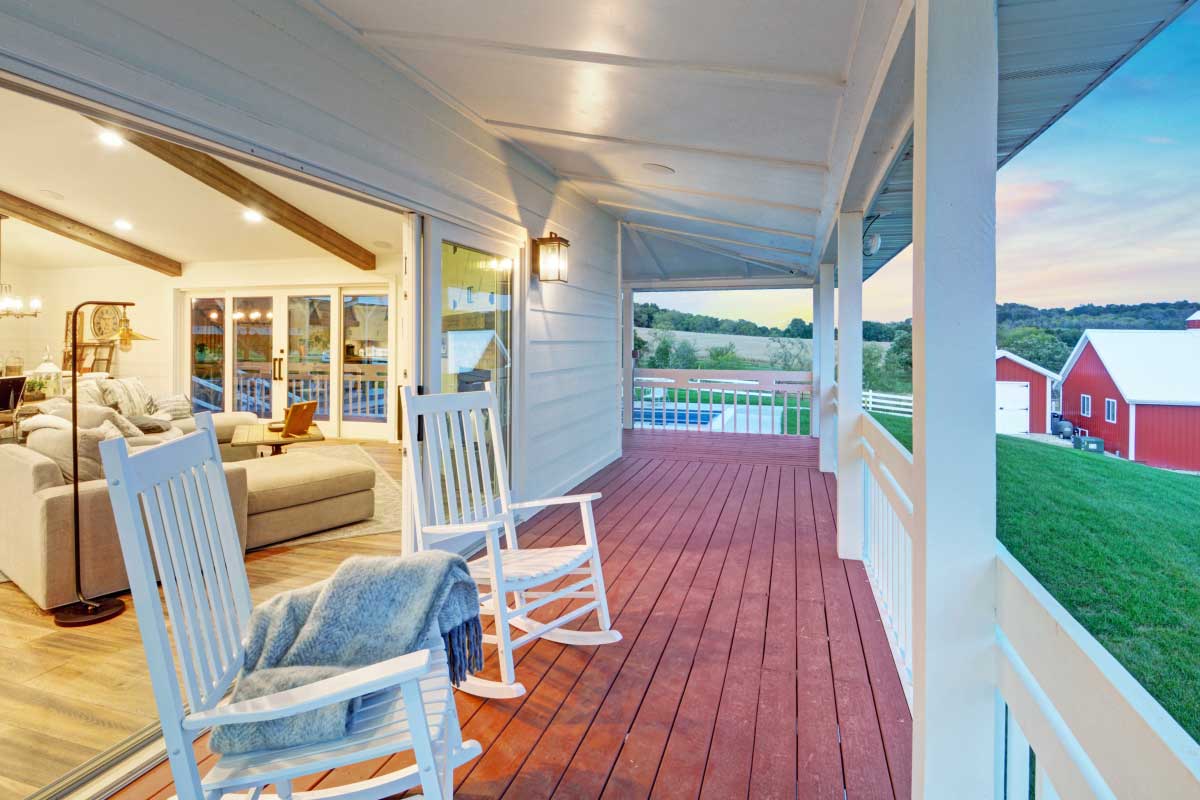 To many it may come as a surprise that the Farmhouse began not as a style of architecture but rather a combination of elements meant to serve a function. The progression of the Farmhouse “style” began on agricultural lands and in remote areas as an expression of the characteristics of the people and materials of the time.

Dating back to the 1700’s, colonial family homes were built quite simple. Advanced Construction techniques had not yet evolved and building materials were limited to what was available in the area. The typical white siding seen on so many of the structures was accomplished by white washing the wood to provide a means of protection from the elements. By the mid-19th century, railroads had opened the area to the availability of different and newer building materials. This development, along with the second industrial revolution, enabled the now wealthy landowners to expand the personality of their living area. The Farmhouse style now incorporated simplified architectural forms, organic materials, large windows, and, most significantly, a large front porch.

The origin of the front porch found its roots in the southern areas of the country. Popular in warmer climates, the front porch became a gathering place for family and friends after a long day of hard work. It provided a cool evening alternative to an indoor setting warmed by the hot sun. Today’s family room originated from that front porch.

Owners adapted the style of their Farmhouses according to what was popular at the time or their personal preferences. The wrap around porch with Queen Anne spindles became the Queen Anne Farmhouse. Using a square-posted, beveled corner column transformed the Queen Anne porch to an Italianate porch, popular in the folk-Victorian homes. Changing the columns to the Greek order provided a Greek-revival Farmhouse. Even a “transitional” American four square built in 1910, is rooted in the farmhouse.

The practicality of the original farmhouse combined with modern elements available now provides the modern farmhouse with all the warmth and comfort desired by today’s homeowner. Attached garages, large eat-in kitchens and spacious family rooms, all built closer to the ground, provide a place for relaxed, informal family gatherings. Better building materials for siding and roofing, and even larger high performance windows make this eclectic American style truly timeless.

The popularity of the Farmhouse style is why we chose this design for our first Gingerbread House blueprint. To download this free pattern, see our resources page.

Has Covid-19 changed the home design process?
To Trend or Not To Trend - That is the question
Game Plan Naperville Magazine