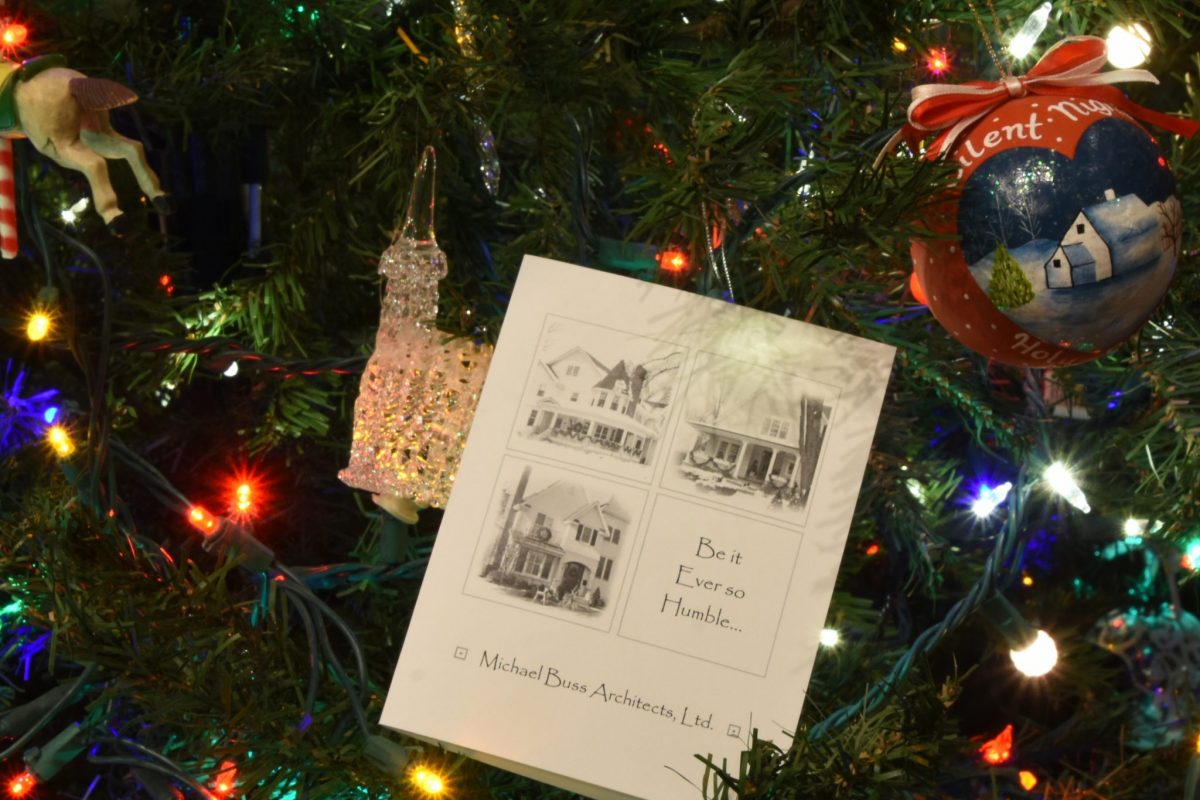 Be Merry and LED Bright!

Christmas is near and neighborhoods are aglow with holiday lights and decorations! Have you updated your display? Personally, I’ve gravitated to LED Christmas lights both outside and in.

LEDs, short for Light-emitting diodes, continue to gain ground as their cost drops and their ability to reproduce bright light with consistent standard color increases. This new technology makes LED lights more efficient, durable and longer-lasting than fluorescent or incandescent lighting.  The benefits of LED Holiday Christmas lights apply to your home and remodeling projects as well.

LED’s have numerous benefits over the alternatives.

Incandescent bulbs by their very nature waste a good deal of energy.  A full 90-95 percent of the energy of an incandescent light is released as heat, which explains why regular light bulbs get so hot.  You can think of them as nothing more than a burning tungsten filament, which is why we say they are “burnt out” when they no longer work. Compact Fluorescent bulbs (CFL  s) emit light by exciting mercury atoms to a state where they can emit visible light as they strike the mercury coating inside the bulb.  Mercury, however, is toxic!  LEDs, on the other hand, offer many benefits to their use.

According to the U.S. Department of Energy, LEDs use up to 75% less energy and last 25 times as long. They don’t require a lot of maintenance and since LED bulbs don’t burn out — just get dimmer over time — you don’t have to fuss with replacing bulbs. But most importantly, they don’t get hot to the touch. This makes them a lot safer, too. Well-made LEDs can last a lifetime in your kitchen or 2-story spaces, meaning you may never have to replace those hard-to-reach recessed lights.  Many manufacturers claim their lights will last up to 50,000 hours. Put simply, you can leave the lights on for 24-hours a day for over 5-½ years. Longevity is the benefit over traditional lighting you will appreciate the most.

In addition to providing safety and longevity, the use of LEDs opens the possibility of lighting to those hard-to-light areas.  While Traditional recessed lights offer one option, the flexible nature of LED lights makes them a great choice for under-cabinet lighting strips or for the 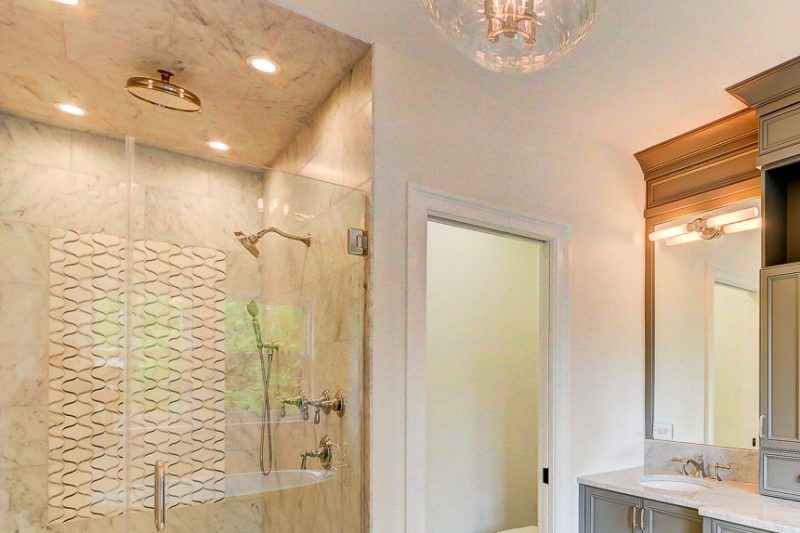 illumination of floating shelves.  LEDs provide an exceptional way to highlight stunning architectural features, sculpted ceilings, and to wash a wall from a hidden cove.  I have even used LED strips to light the inside of a drawer, turning it on with a refrigerator light switch.  This could also work in cupboards, built-in dressers, or other dark spaces.  One of the most interesting uses I have seen, but not yet tried, is a back-lit onyx island top.

Here are a few of things to keep in mind regarding LEDs.

First, don’t let Kalvin or watts or lumens confuse you.  Wattage is a value no longer used when considering bulbs. Lumens simply measure the brightness of the bulb. As a reference point, remember that a 60-watt bulb is nearly equivalent to a 15-watt CFL or a 10-watt LED. Also, 1 watt of an incandescent light is equal to approximately 16 Lumens.

Second, what you really want to consider when choosing an LED is the color temperature range.  Incandescent lights are normally in the 2800K (Kalvin) range.  Halogen light jumps to 3000K.  Both of these are considered warm light and make the space inviting and comfortable. Lights above 4000K tend to create blue tones within the space.  Nearly all bulb packages will list the temperature range.  Whatever range you pick, make sure all the lights are the same.

Third, a common complaint of this new technology is the initial cost. You may incur a sizeable up-front cost, but it will be worth the investment. Most users report this cost is generally offset by the length of service the bulbs provide and the energy savings experienced with the lights.

Fourth, make sure you have dimmable bulbs as well as a compatible dimmer. Keep in mind you can always dim a light down, but you can’t necessarily turn it up.

Lastly, understand the lighting pattern of the bulb or fixture you choose and the space you are lighting. Orient your lighting to the effects you wish to achieve for a particular space. 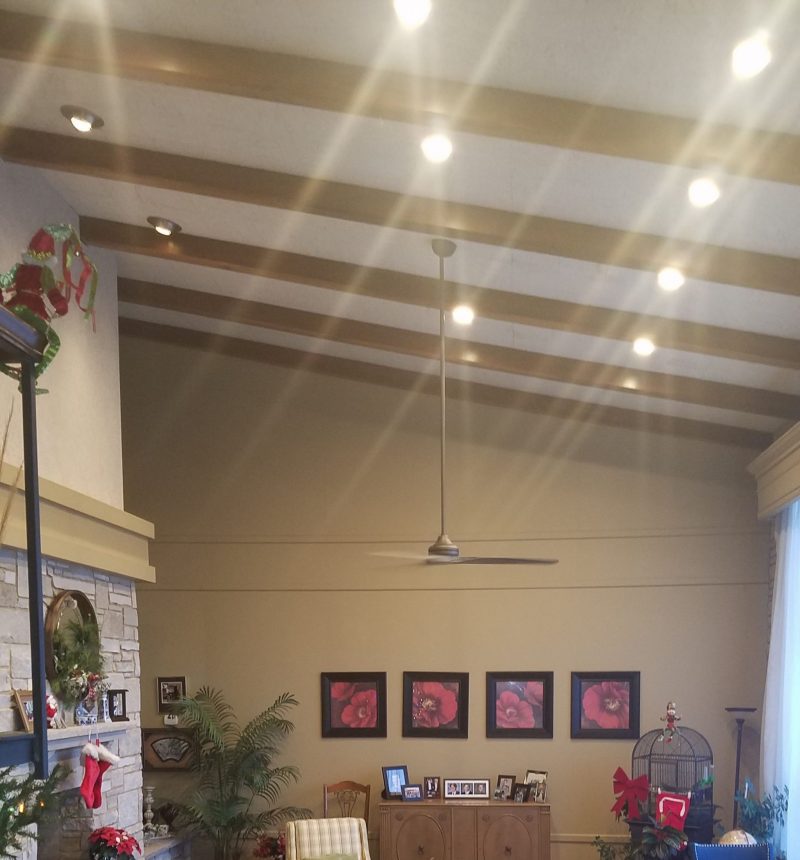 Putting my money where my mouth is in my own home

I used LED lighting to expand the possibilities in my own renovation project.  Our home, built in the late 40’s, has a 2-story great room where the only light source was the two, 8-foot fluorescent light strips running along the 16’ x 20’ window, and 3 can lights washing the fireplace wall.  My fluorescent lights are dimmable by using some impressive technology for the time, but the 6”x9” box for the dimmer was not.   We rarely used the room, opting instead to utilize other rooms with better light sources.

By using LED remodeling cans I was able to add 12 dimmable lights to the beamed sloped ceiling and a spitfire ceiling fan.  (Special thanks are given to my electrical crew that belly crawled along the shallow slope to get access to that area). I was limited to the amount of lights I could put on the existing circuit and adding a new circuit, as with most old houses, would have been a nearly impossible feat.  However, with the lower wattage of the LEDs there were no issues, and as a bonus I still have the original dimmable fluorescent tubes operable.

While it may have cost more on the initial installation, the savings achieved by not having to update the electrical panel, and the decrease in overall usage of electricity, made the LEDs cost-saving and effective.  Moreover, what I accomplished was the improvement in the lighting quality which now allows me to enjoy a room I haven’t used in…. well, never.

Metal Roof-A Design Trend or Fad?
Prepping Your Home as a Vacation Rental: Tips and Considerations
Surviving The Pandemic - 10 Tips on working from home